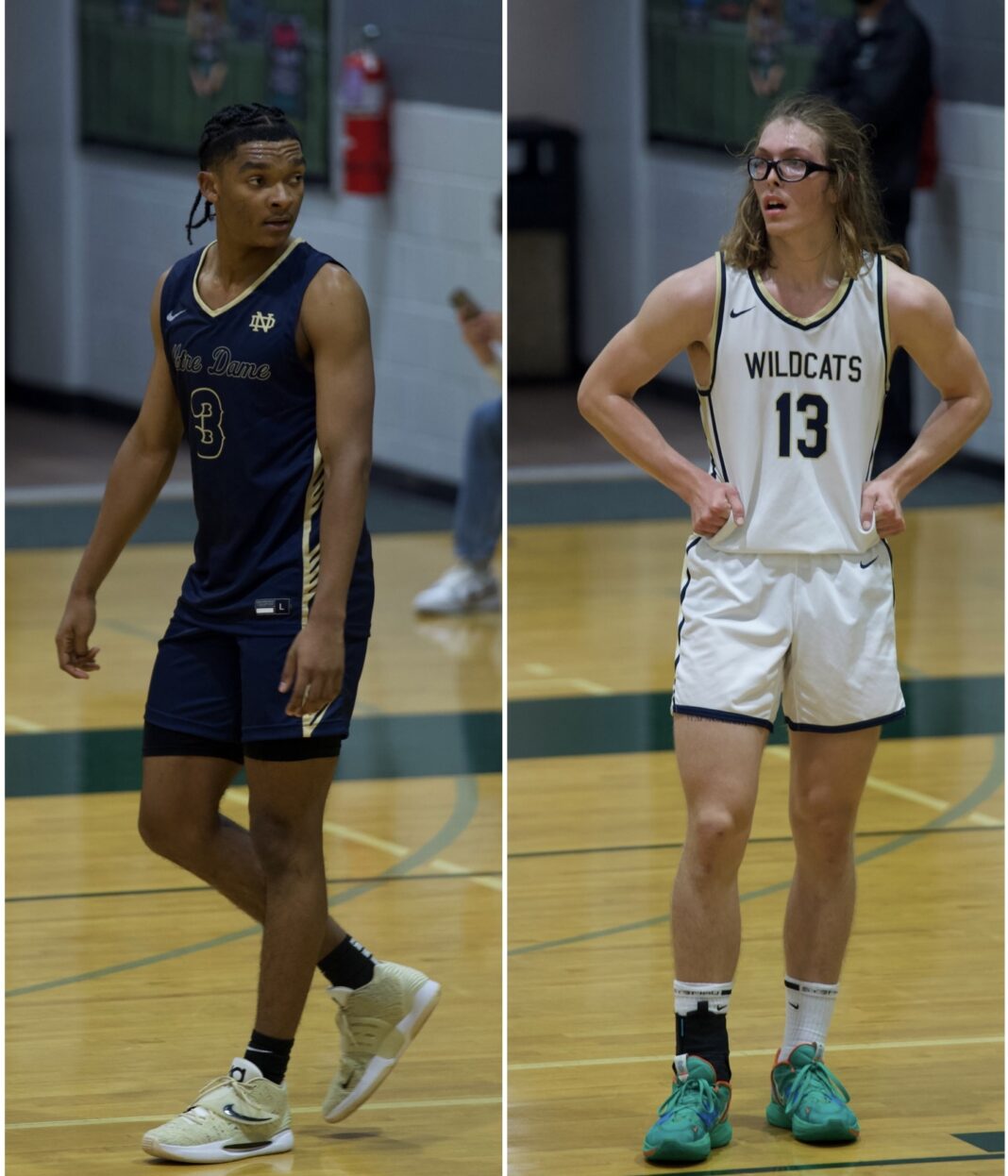 Burbank, CA – This past Saturday, November 19th, I attended the 33rd Annual Paul Sutton Tip-Off Classic at Providence High School in Southern California. The tournament began on Monday, November 14th, and wrapped up on Saturday the 19th. The event had four Pools of three teams each, which made for a field of 12 teams: (West Ranch of Valencia, Notre Dame of Sherman Oaks, Providence of Burbank, Centennial of Bakersfield, Saugus, Oak Park, Maranatha of Pasadena, Pete Knight of Palmdale, Loyola of Los Angeles, Pacific Palisades, Agoura, and Oakwood of  North Hollywood). I was able to make it down for 5 of the 6 games played on Championship Saturday, missing only the first game of the day that saw Agoura defeat Oakwood by a score of 60-57.

Championship Saturday featured quality games, some big-time individual performances, and was capped off by a great preseason match-up between two of California’s Top 10 teams in West Ranch and Notre Dame. West Ranch edged out nationally ranked Notre Dame by a score of 66-64 to take home the championship trophy. This article provides a recap of the 5 games I observed live and the players that performed well in each game. I begin with the first game I evaluated, between Palisades and Pete Knight.

The Hawks jumped out to an early lead over the Dolphins behind the play of senior Malik Larane, who had 14 of his 19 points in the 1st half. Sharpshooter senior Avery Lee kept the Dophins within striking distance, as he 11 of his 13 points in the 1st half. The Hawks got 12 points from senior Darius Freeman in the half and earned multiple trips to the line getting the Dolphins in foul trouble early. The Hawks scored at the buzzer to take a 44-36 lead into halftime and looked to be the more physically imposing team.

The Dolphins got a big contribution in the post from senior forward Marcello Mazzini, who scored 11 of his team-high 15 points in the 2nd half and grabbed 11 rebounds to finish with a double-double. Mazzini was too much for the Hawks to contain in the post and forced them to rely on perimeter shots instead of attacking the basket as they did in the 1st half. Andrew Keekorian knocked down some big shots in the 2nd half for the Dolphins, which lifted Palisades to the win over the Hawks by a score of 67-66 and finished the event with a 2-2 record.

The second game I observed was between the host team and Saugus, as the Pioneers got out to an early lead behind the play of senior Kaiden Fine, who would score 13 of his team-high 20 points in the 1st half. The Centurions fell behind by double-digits before locking in on defense and getting some easy transition points off turnovers. Saugus made a run in the 2nd quarter behind 4 threes from junior Matthew Correa and the versatile scoring of senior Lenox Lavallee, who had 13 of his game-high 25 points in the 1st half to give the Centurions the lead going into the locker, 42-39.

The Pioneers got a good spark from junior Jalen Thomas in the 2nd half, but Saugus seniors Max Teegan and Landan O’Brien provided the push needed in the 4th quarter to give the Centurions the lead and eventual victory by a score of 79-69. The leading scorers for the Pioneers were Fine (20), senior Connor Cafferty (16), Thomas (12), and seniors Maxwell Hudnall and Julian Thompkins (10).

The Centurions were led in scoring by Lavallee (25), Carrea (14), Teegan (11 points and 8 assists), and junior Brian Perez and O’Brien (11). This was the game with the largest margin of victory, but was only a double-digit win due to forced fouls at the end of the game by the Pioneers, and was back and forth throughout.

The third game featured one of the top teams from the Central Section of California in Centennial of Bakersfield as they would take on the Cubs from Los Angeles. The Golden Hawks jumped out to an early lead and were enforcing their style of play throughout the 1st half. Centennial got big contributions from senior JayJay Jones, who had 11 of his 15 points in the 1st half, as well as standout junior Rippen Gill with 12 of his game-high 24 points in the early going. Loyola junior Hugh Vandeweghe did as much as possible to keep the team afloat in the 1st half scoring 10 of his 14 but the Cubs trailed the Golden Hawks 39-23 at halftime.

This game was the biggest tale of 2 halves of all the games on Championship Saturday, as Loyola caught fire from beyond the arc in the 2nd half and took the lead with less than a minute to go in the game. Senior Trent Turner had 13 of his team-high 18 points in the 2nd half, along with 10 points for freshman Quincy Watson and 8 points for junior Jonas De Krassel. The Golden Hawks got a spark from junior forward Don Bolton with 8 of his 11 points in the 2nd half, but it was mainly Gill who kept Centennial from falling too far behind with another 12 points in the half. Gill was fouled with 9.4 seconds left in the game and his team was down 3 points (70-67). After connecting on both free throws, the Golden Hawks got the steal on the in-bounds pass and after 3 missed attempts, Jones got the putback off the glass to fall at the buzzer. Centennial got the win over Loyola 71-70.

Despite the consistent dominance in the post by Hampton in the 2nd half, the Minutemen had no answer for Sherrard, who would add 19 points after intermission to score a game-high 31 points. The Eagles clawed back and forced the game into overtime, with a 53-53 score. Despite the dominant play of Sherrard, the missing players proved to be too much for the Eagles in overtime, as the Minutemen would pull out the victory, 65-57.

The game of the event, and one of the premier preseason match-ups in the state, was between nationally ranked #25 Notre Dame (ranked #5 by CalHi Sports) and West Ranch (ranked #10 by CalHi Sports) and it would not disappoint. The game featured some of the top players in the nation, including Duke-bound senior Caleb Foster, Gonzaga-bound senior Dusty Stromer, Houston-bound junior Mercy Miller for the Knights, and Boise State-bound senior Andrew Meadows of the Wildcats. The Wildcats also have seven-foot senior Jazz Gardner and junior big guard James Evans Jr. that are both Division 1 prospects that have not committed.

The Wildcats wasted no time in using their size advantage and high energy to score in the post and turn the Knights over, which led to easy transition points in favor of West Ranch. Meadows led all scores in the 1st half with 11 points and got some perimeter scoring from senior Jaqari Miles connecting on two 3s. The Knights were led by Stromer with 7 points and Foster with 6 points, but Notre Dame struggled to get any rhythm going and was down 35-27 going into halftime.

The Knights got going from beyond the arc in the 2nd half, as Foster and Miller combined for 7 threes and helped close the gap in the score. The Wildcats went to their obvious advantage routinely in the 2nd half and fed Gardner in the post, as he had 13 of his team-high 20 points in the 2nd. Senior wing/forward Isaiah Fields contributed 9 of his 13 points in the 2nd half, as he was hard to stop in the open court or creating off the perimeter. Despite the late push by Foster and Stromer, the Knights fell short as the Wildcats edged out the win, 66-64, and won the Paul Sutton Championship. 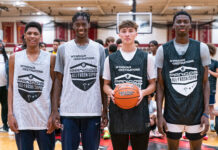 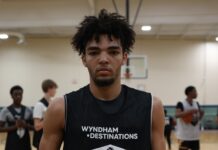 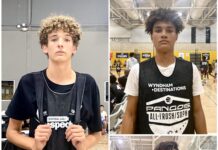