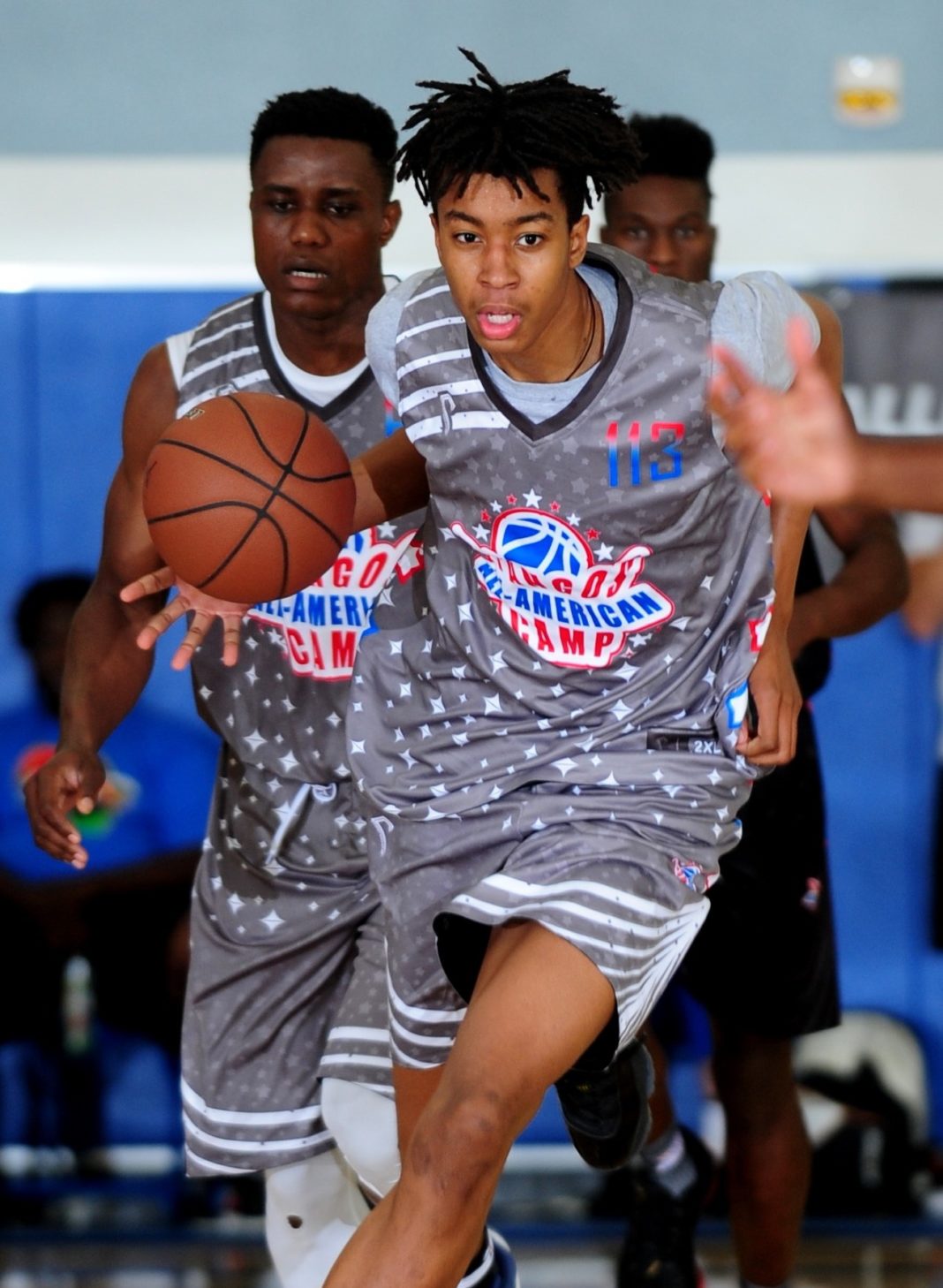 Any remaining doubts as to Moses Brown’s standing among the best “big” prospects around were decimated on July 29 in a small gymnasium at Bishop Gorman (Las Vegas, NV).

Ranked No. 8 in the nation for the Class of 2018 by Nothing But Net Magazine, that’s when Brown from Archbishop Molloy (Queens, NY) stood quite tall, indeed – literally and figuratively.

The 7-foot-1 center, as a member of the New York-based New Heights club, faced off against Bol Bol, a 7-2 center and member of the California-based Big Red squad in a first-round game of the Fab 48 playoffs.

And with dozens of college coaches lining the court – including head honchos Sean Miller of Arizona and Dana Altman of Oregon – the Brown vs. Bol showdown lived up to every bit of the hype that is rapidly drummed up during the final NCAA recruiting week of July.

The outcome of the contest was in doubt until Michael Wang’s 3-point attempt at the buzzer missed for the Big Red, giving New Heights a 72-69 victory. And the Battle of the Bigs was just as tight, with Brown – at least statistically – coming out a slight winner.

Brown’s first couple of shots were blocked by Bol and he missed nine of his first 11 shots from the field.

But he closed strongly and confidently, often taking the ball right at Bol while hitting four of his last six attempts to finish with 14 points to Bol’s 21.

It was as a rebounder, though, where Brown truly dominated over the final three quarters or so of the game.

All of the things that make Brown such as enticing prospect – and according to 247Sports, Maryland, Kentucky and Louisville are the programs seemingly in front for his November signature on a letter of intent – were on display in his head-up match-up with Bol.

Brown is a 7-footer with the kind of frame capable of lugging 250-plus pounds without any loss of quickness or bounce. He rebounds well in traffic and has ideal timing – and instincts – as a shot blocker. Brown also runs from foul line to foul line about as well as any “big” in high school hoops right now.

But that game – as well as his entire spring and summer “body of work” on the Under Armour circuit – also show why he has so much work to do in the gym before he truly becomes a player capable of being a dominant performer, at both ends of the floor, wherever he ends up playing college hoops.

He has almost no low-post (with his back to the bucket) game at all, with under-developed footwork and offensive know-how – other than dunks, naturally.

And he still has to zero in on playing as hard as he is capable from start to finish in order to maximize all of those enormous physical gifts he’s in possession of.

But, nitpicking aside, there is no question that’s on a short list for the title of “Best Big Man in the Class of 2018” and a strong candidate for the 2018 McDonald’s All-American squad.

That was the takeaway for anyone who was in that Bishop Gorman gym about a month ago.