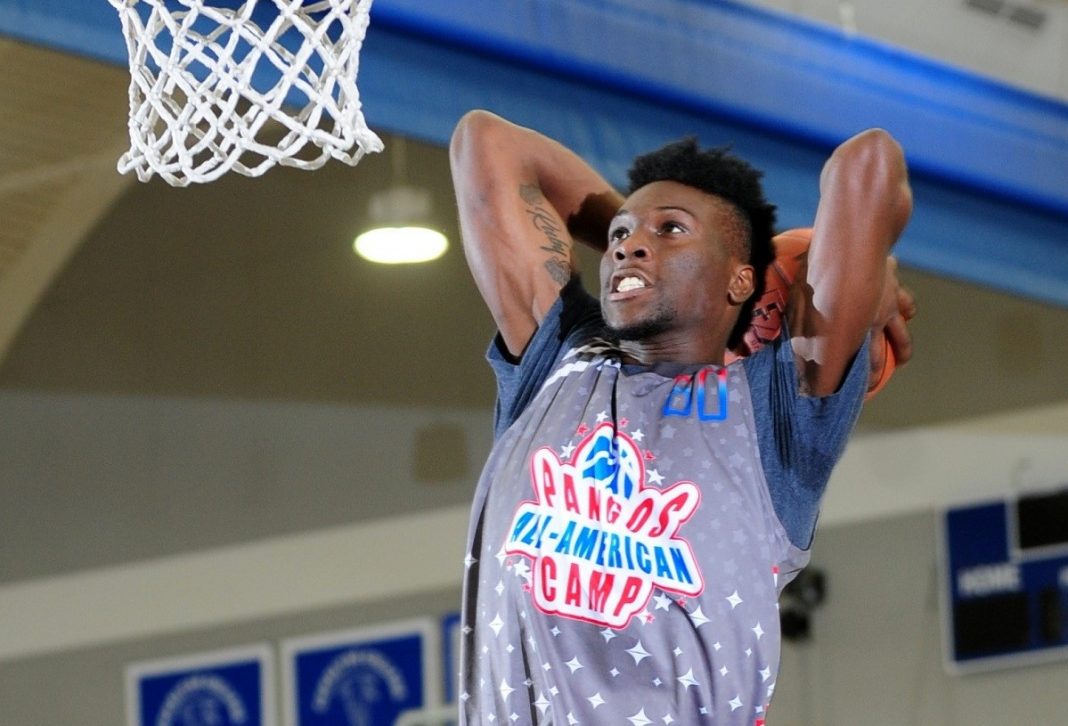 A little more than a year ago, while a member of the Each 1 Teach 1 program on the Nike/Elite Youth Basketball League (EYBL) spring circuit, Emmitt Williams showed a lot of people what kind of rebounder he is.

Since then, and ranked No. 13 in the nation for the Class of 2018 by Nothing But Net Magazine, he seemingly has made it his mission to remind everyone of the ferociousness and relentlessness of the approach he takes in pursuing missed shots.

Williams from IMG Academy (Bradenton, FL) made quite the impression on folks during the EYBL spring of 2016, when a lot of college coaches and recruiting analysts showed up to take a close look at his E1T1 teammate, Kevin Knox.

Knox ultimately became a member of the McDonald’s All-American Class of 2017 before signing a national letter of intent with the University of Kentucky last spring, didn’t disappoint while showing off his multitude of skills from both the perimeter and in and around the lane.

But Williams played with a ferocity at both ends of the floor that made all of those sitting courtside scan their rosters quickly to ascertain the identity of the player who seemed so determined to treat every missed shot as if it were his golden ticket to Charlie’s Chocolate Factory.

The 6-foot-7 forward’s relentless approach – both as a rebounder and cram-it-over-the-top-of-you finisher on offense – earned the attention of college coaches from coast to coast as well as invitations to the Pangos All-American and NBPA Top 100 camps that June.

And the expanded fields of competition – each camp is made of some of the very best players in the country, regardless of the source of athletic apparel support their high school or club programs might receive – didn’t hinder either Williams’ take-no-prisoners approach nor his rebounding productivity.

Williams, who attended high school in Leigh Acres in Florida before his transfer to IMG, spent his junior season at his new program with the most high-profile point guard in the Class of 2017 – Trevon Duval – and Williams made the most of the offensive opportunities created for him by the presence of Duval.

Williams revisited the same spring and summer hoops stops – the EYBL spring league with E1T1, the Pangos All-American Camp (Cerritos College in Norwalk, CA) and the NBPA Top 100 Camp (the University of Virginia in Charlottesville) – with pretty much the same results as in 2016:

Pretty much every program in pursuit of a power forward from the Class of 2018 is in pursuit of Williams, and, according to 247Sports, is drawing particular interest from the likes of Florida, Florida State, Kansas and LSU.

And Williams also provided his own “signature summer moments”, putting on a dunking clinic – including a couple in the mug of Marvin Bagley III – in E1T1’s Peach Jam victory over Bagley and the Nike Pfamily. Welcome to the club, Marvin.