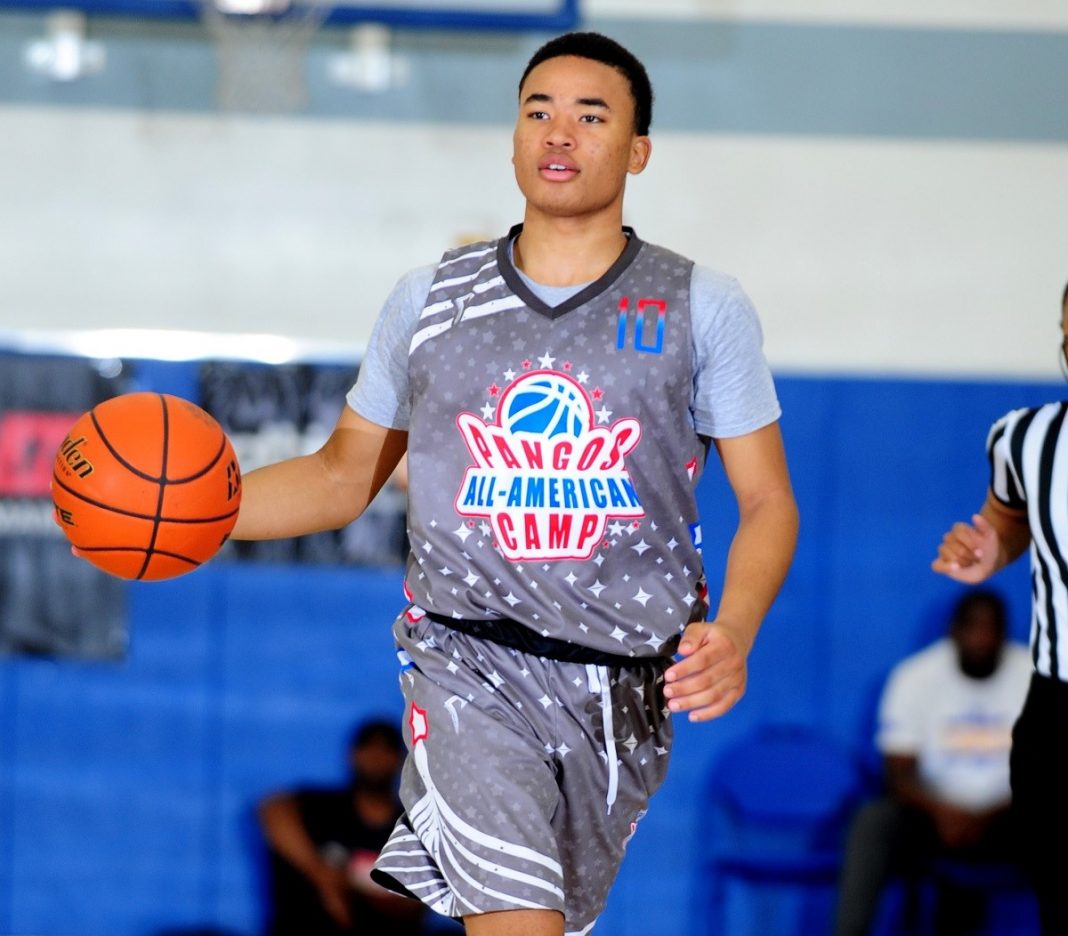 All thing considered, it was quite the busy – and productive – spring and summer for Devon Dotson.

Ranked No. 24 in the nation for the Class of 2018 by Nothing But Net Magazine, Dotson from Providence Day (Charlotte, NC) used those hectic months on the grassroots scene to produce solid on-court arguments at every stop to support the notion that he’s on a very short list of the very best of point guard prospects around.

During April and May his consistency of quality play, while playing for Team Charlotte, was at least the equal of that of anyone on the Under Armour circuit – regardless of position

The 6-foot-1 guard qualifies as a de facto “true point guard” in the traditional sense of the point guard whose duties, first and foremost, are running his team’s offense with a few turnovers as possible while getting the ball to shooters in best position to get quality shot attempts.

Dotson’s skill and approach qualify him to had that role exquisitely but he also used the Under Armour spring sessions – especially the final one in Southern California – to showcase his ability to score on command, too, when he had to, via a dependable jump shot and his ability to navigate his way to the rim.

But it was during June stops in Norwalk, CA (for the Pangos All-American Camp) and Charlottesville, VA (the NBPA Top 100 Camp) when Dotson continued to present compelling evidence that his name should be involved in any discussion about the pecking order for the best point guards of 2018.

At Cerritos College (for the 15th Pangos Camp), in front of a whole boatload of McDonald’s All-American voters, Dotson got to play in the same setting over three days with some of his peers from the Class of 2018.

Also on hand were two of the top-half dozen or so point guard-types from the Class of 2019, Cole Anthony (Queen’s, NY, Archbishop Molloy) and Tre Mann (The Villages, FL, Villages School).

Anthony also made the most of his opportunity to play with against – and in front of – the same players and media-types at the University of Virginia a little more than a week ago during the NBPA Top 100 Camp.

He was even better in Philadelphia – with NCAA Division I coaches on hand during in the second July evaluation week – at the July 18-21 Under Armour Camp, where many rated him the No. 1 point guard from the Class of 2018 in attendance.

Dotson, who plans campus visits to Arizona, Kansas and Maryland but has many other programs still under consideration, changed teams for the final July NCAA-permitted evaluation week.

He teamed with one of the three hottest names in high school hoops – Zion Williamson, part of a group that also includes Marvin Bagley III and LaMelo Ball – with South Carolina Supreme during the adidas Summer Championships at the Cashman Center in the northern portion of Las Vegas.

But Dotson didn’t take any figurative backseat in Las Vegas. For him, it was just another opportunity to showcase what so many are already convinced of: In his class, Dotson is about as good as it gets when it comes to point guards.