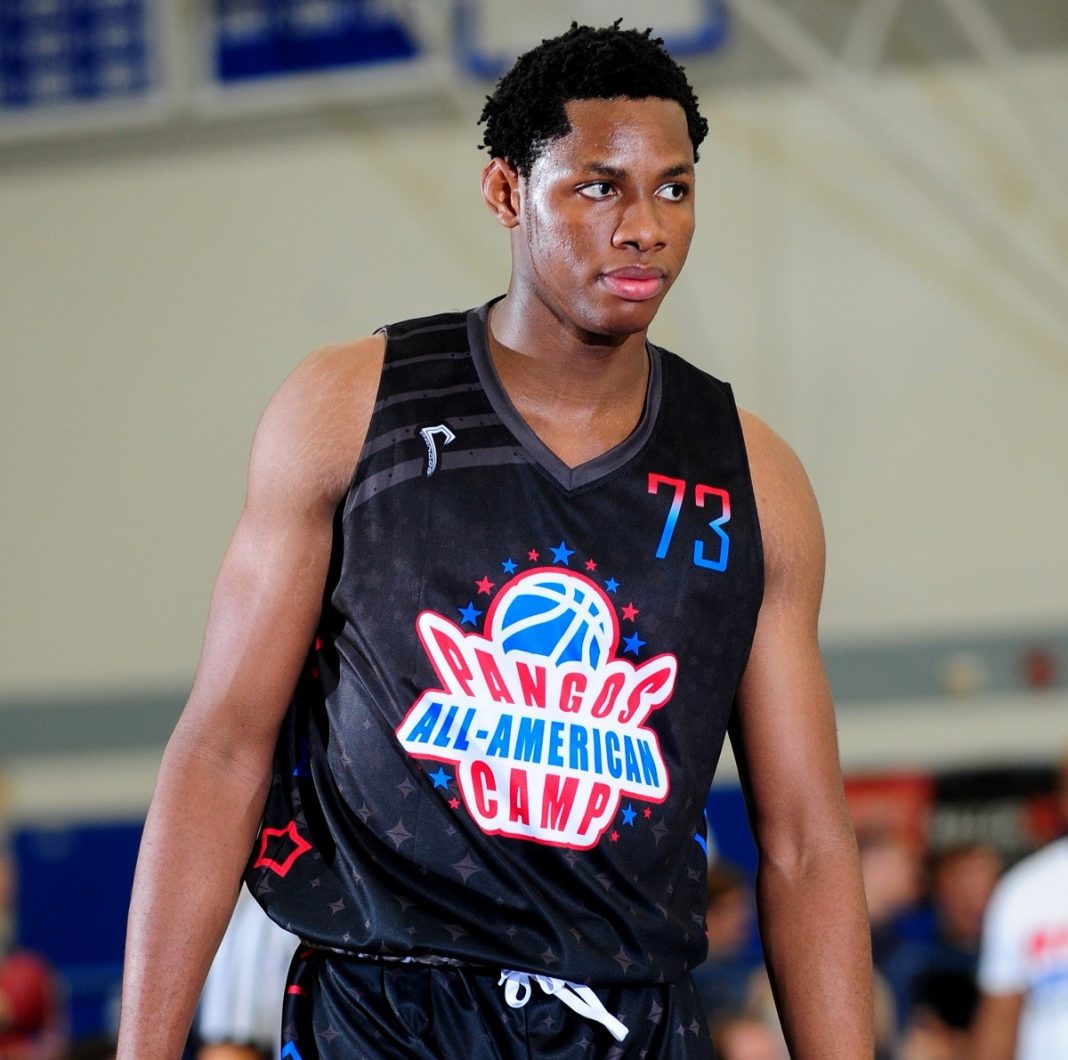 It didn’t take Charles Bassey from St. Anthony’s (San Antonio, TX) long to make a major impact on the “high school basketball hotline” once he arrived in Texas from Nigeria in late summer of 2015.

Nothing has changed since. Accordingly, he’s ranked No. 1 in the nation for the Class of 2019 by Nothing But Net Magazine.

The 6-foot-9 forward, not long ago, first showed off his immense hoops potential during a John Lucas Camp in Houston, TX.

But really, he got the national hoops spotlight on him with all of Internet-driven heat after spending two days dominating the opposition in just about every way imaginable during the Pangos All-Southwest Frosh-Soph Camp in the Dallas suburb of Lewisville in mid-October. He capped the event in was a Top 30 All-Star Game performance of 20 points, eight rebounds and six blocked shots.

He did so in front of a gathering of scouting/media-types that included McDonald’s All-American voters in yours truly as well as Van Coleman and Clark Francis, along with Ronnie Flores and Fran Fraschilla.

And that, ladies and gentlemen and boys and girls, is how basketball buzzes are created.

Nothing that has happened since has caused the Bassey Buzz to subside – in fact, it continues to grow with every stop on the high school and grassroots basketball circuit he makes.

Bassey, who enrolled at St. Anthony upon arrival in the U.S. and will be a junior at the school late this summer, solidified his status as one of the very best – if not, the best – prospect in the Class of 2019 – with his performances at the 2016 Pangos All-American Camp in early June of 2016 and the NBPA Top 100 Camp in Virginia a couple of weeks later.

On the first night of the Pangos Camp, Bassey faced his toughest-ever on-court challenge – a game in which he was pitted against the then-top ranked 2017 player, DeAndre Ayton.

Of course, he didn’t dominate Ayton the same way he did all those 15- and 16-year-olds in Lewisville nine months earlier.

But he didn’t metaphorically back down against the now-University of Arizona freshman and McDonald’s All-American, either, taking the game right to him at both ends of the floor.

After earning a spot in that event’s top all-star game, he was every bit as impressive Bassey performance against another collection of some of the very best players in the country in the Classes of 2017 and ’18 at the NBPA Camp on the University of Virginia campus in Charlottesville.

A broken wrist kept him from playing for his adidas-fronted team at the Fab 48 Tip-Off in July at Bishop Gorman High in Las Vegas, as well as during the adidas championships on the northern part of town that same week.

And, after toying with most of the competition he faced with his St. Anthony teammates, Bassey only solidified the consensus among national scouting-type that he – along with R.J. Barrett of Montverde Academy in Florida – is one of the two best prospects in the Class of 2019.

After playing for YIIS Texas Future on the adidas Gauntlet Circuit in the spring, there were follow-up trips to Southern California and Charlottesville this past June for more Pangos All-American and NBPA Top 100 Camp competition.

He earned co-Player of the Camp honors (with 2019 standout point guard Cole Anthony) at Pangos but another week of low-post power on display was short circuited in the third quarter of his first camp game in Charlottesville when he suffered a sprained right ankle and the camp’s medical staff ruled him out for the rest of competition.

That bump-in-the-road didn’t slow him much at all in July, when helped his YIIS Texas Future squad to the July 15 championship game of the adidas Gauntlet Finale in Spartanburg, SC, where it was edged by Team Loaded (NC), 69-68.

According to the website 247Sports, Baylor, Kansas, LSU, Texas A&M and UCLA are among the programs that have already offered the opportunity to sign national letters of intent for their respective programs in November of 2018.

But the head coaches from a whole lot of other programs – notably Kentucky, Duke and North Carolina – were in the Bishop Gorman gymnasium on July 26, when he scored 15 points and grabbed nine rebounds against Nike Team Florida and its heavily touted 2019 power forward, Vernon Carey.

Which NBA player – current or former – does Bassey’s physical dimensions, and style of play, most resemble? The first – and most distinct – one that comes to mind is Amar’e Stoudemire.

So it’s safe to assume that pretty much any and every top-flight program will probe to get a sense for Bassey’s interest. 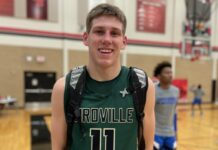 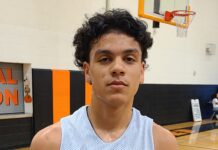