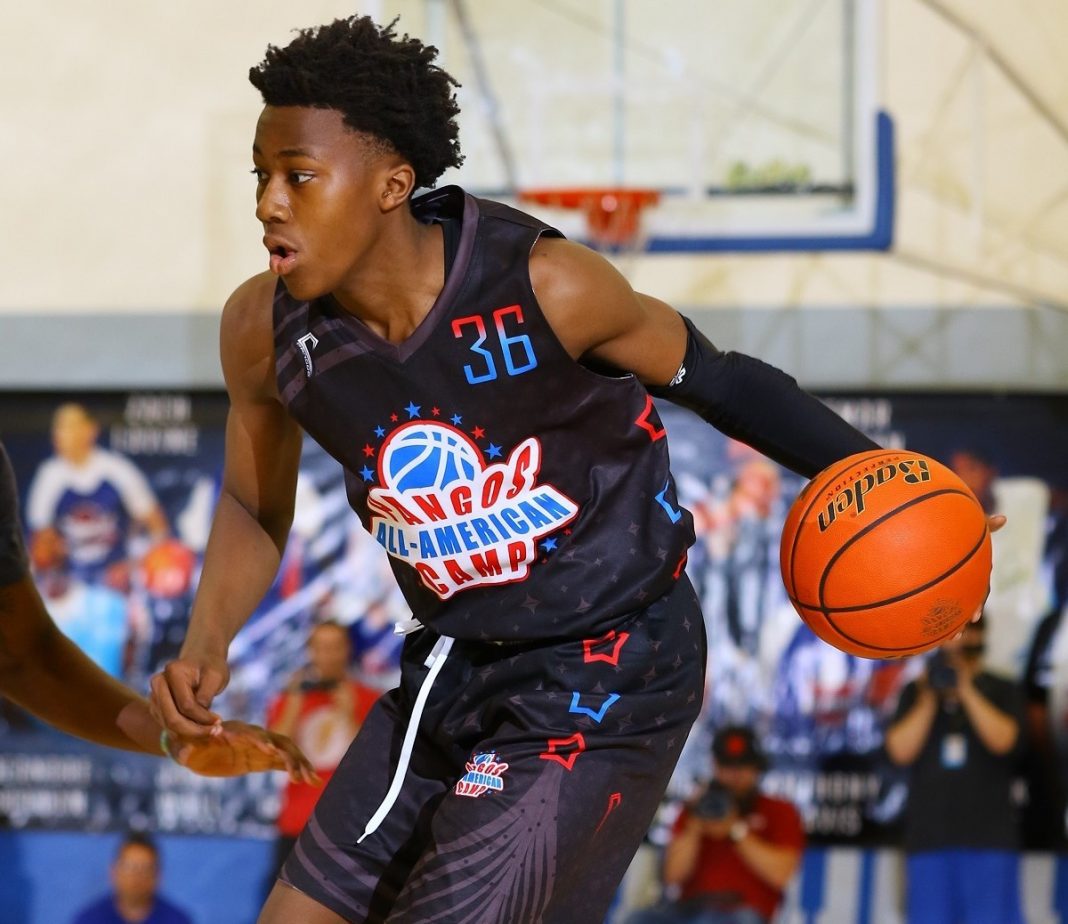 A common misnomer grounded into perpetuity by many who watch basketball – and some who write and talk about it for a living – goes something like this:

“Anyone who is a very good shooter, mostly jump shooter, from distance – must be a good scorer.”

There are plenty of very good jump shooters whose basketball skill pretty much begins and ends at that point, and whose string of hoops accomplishments hit a dead end in high school – if they ever reach that far.

Scorers, on the other hand, not only do their thing, quite well, on the high school level but use that as the calling card to carry them to college hoops – or beyond.

Scorers – exceptional scorers – do much more than just knock in jump (or set) shots at a reasonable rate, even when defended.

Scorers punish defenders who try to pressure their jumper too tightly with well-defined head and ball fakes, then drive into mid-range jump shots or take the ball all the way to the rim.

If a defender hangs on the scorers’ strong hand, he crosses to his opposite hand and scoots by him.

Big-time scorers can also play with their backs to the basket, posting opponents and scoring with either hand over either shoulder.

And, of course, elite scorers border on unstoppable in transition.

OK, so this, in essence, was just a long-winded introduction to one of the very best – as in, say, one of the five best – scorers in the high school.

Because the above verbiage is pretty much a right-on description of Ayo Dosunmu from Morgan Park (Chicago, IL), ranked No. 33 in nation for the Class of 2018 by Nothing But Net Magazine.

The 6-foot-4 guard delved deeply in his offensive bag of tricks during the spring with the Mac Irvin Fire on the Nike/EYBL circuit – averaging 24 points per game – and in late July with the club during “The Eight” in Las Vegas, when he dropped 42 points in one of his team’s three games.

In between those stops he was scintillating at the two most high profile national camps held in June, earning Top 20 status during the 15th Pangos All-American Camp at Cerritos College in Norwalk in Southern California, and then just missing be selected one of the Top 12 players during the NBPA Top 100 Camp at the University of Virginia in Charlottesville.

A foot injury in the March 17 State 3A championship semifinal win over Springfield Lanphier in Peoria knocked him out of the title game the next afternoon vs. Fenwick – which the Nic Irvin-coached club rallied to win anyway, in overtime.

With Dosunmu as a senior, Morgan Park will be a strong contender for the program’s fourth state title in seven seasons.

And, by spring, Dosunmu may have already signed with one of the many programs – regionally and nationally – that have pursued him over the past couple of seasons.

Most recruiting prognosticators expect him to ultimately sign with the University of Illinois.

But that’s not going to deter any powerhouse program in need of a scorer from poking around and gauging his interest.