One of the emerging names in the national sophomore (2022) class is 6-5 guard Joseph “JoJo” Hunter (San Joaquin Memorial/Fresno CA).  Hunter’s versatility allows him to play all three perimeter positions but his potentially ideal long-term spot may be at the point where his court vision, on-point passing and size that allows him to dominate smaller PGs could very well translate (with continued hard-work and development) into being a legit pro prospect.  JoJo is excellent slashing to the cup where he uses his size to score effectively against guards or forwards, can stroke the 3-point shot and is a tenacious defender that makes life difficult for ballhandlers.  All of that, as well as his inclination to get on the glass, translates into a “winning basketball” player.

Hunter is currently averaging 16 points, 7 boards and 6 assists per game for a very young San Joaquin Memorial (Fresno CA) squad.  Joseph was outstanding recently at the Torrey Pines Holiday Classic. Hunter’s game-winning 3 point shot at the buzzer versus Santa Fe Christian (Solana Beach CA) propelled the Panthers to the semi-finals of the tourney’s Senators Division.  Joseph led the Panthers in that contest with a game-high 18 points.  Hunter was also named all-tourney at this past December’s Clovis West Nike Invitational.

Joseph was also a standout at last September’s Pangos All-West Frosh/Soph Camp (260+ campers) in Lynwood CA where he was not only selected to the camp’s Top 30 Game but his 7 points, 6 rebounds and 8 assists earned him Top 30 Game co-MVP honors.

Hunter is currently ranked nationally in 2022 by Van Coleman/Nothing But Net Magazine (#47) and 247Sports.com (#54) and has early offers from Fresno State and UTEP with a growing numbers of high-major programs like Arizona, Arizona State, Oregon State and Washington State showing interest. 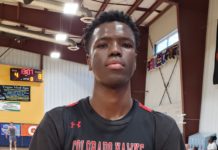 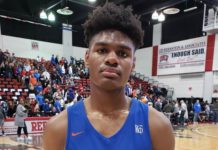 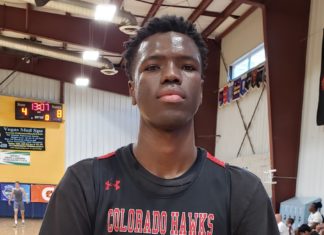