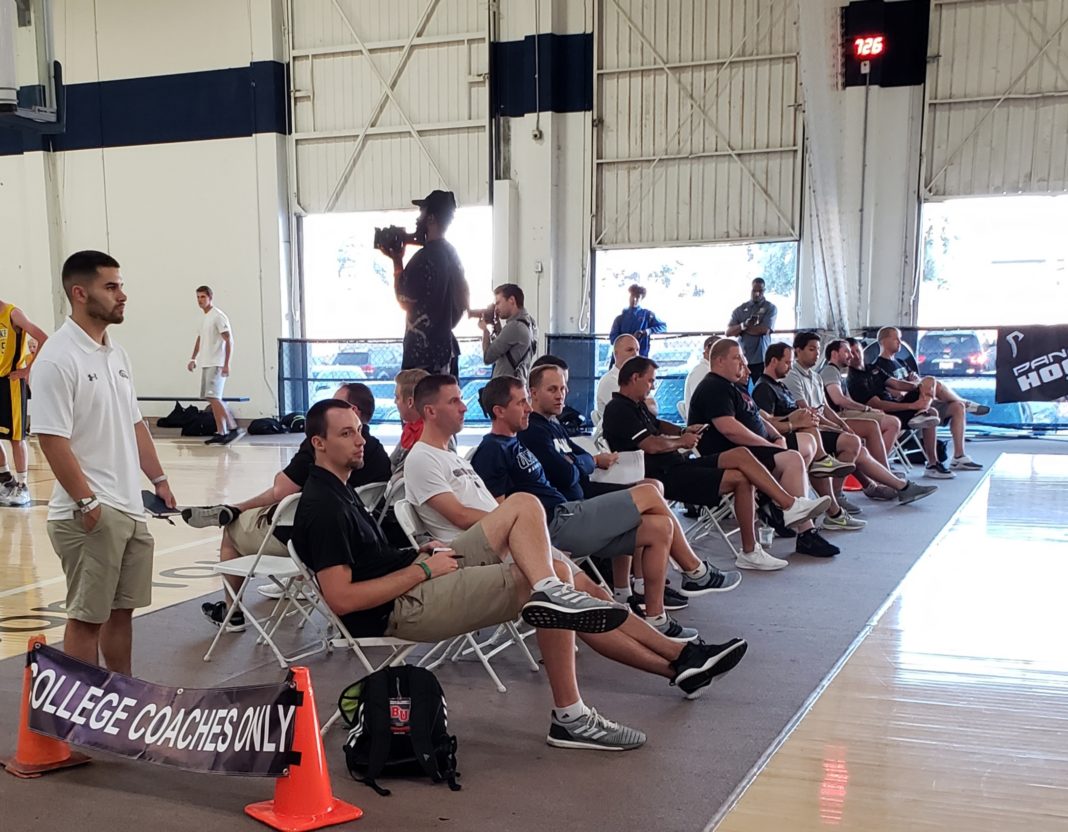 It has been almost 2 months since I penned the first part of this article but it seems like it’s been 2 years.  To say that Covid-19 has thrown all of us for a loop would be the understatement of the century.  It often feels like there is no difference between a weekday or weekend or Sunday or Monday.  Not knowing when this pandemic will end and how it will unfold has been nothing less than frustrating to say the least.

However, we have learned lots more about this virus than we did 2 months ago and after bringing the whole USA to a grinding halt, all 50 states (with various degrees) have finally started the path to reopen their own economies.

Trump has failed to construct and implement a national strategy with regards to testing and tracing, leaving all 50 states on their own to do that at the state level.  Testing has increased and is more readily available but there are inherent problems like the availability of testing varies from state to state and testing accuracy fluctuates from test brand to test brand.  On the bright side, the death rate in most states, especially New York, has leveled off or slowed down as has the hospitalization rates (including those needing ICU beds and ventilators).

Despite recently being affectionally called “Dr. Dinos” by my grassroots brethren like Ryan Silver, Matt Rodriguez and Rick Isaacs, I will resist spending any more time on the health aspects of this pandemic and focus squarely on the NCAA basketball recruiting issues that now seem to be in perpetual limbo.

In Part I, I didn’t exactly nail it like Nostradamus but neither did anybody else for that matter. Spring 2020 NCAA live-periods vanquished right before our eyes.  July 2020 NCAA live periods appear to be on life-support.  The 2020 NCAA College Basketball Academy appears dormant for the moment.  The NCAA is scrambling with the NABC to find solutions. The NFHS appears to be flexing whatever political muscle it might have to shape future recruiting calendars in its favor.  But the bigger question NOW is not only what’s next BUT what is also FAIR to ALL HS players, HS and travel teams and college programs?

This involves approaching this question from a logistical, practicable and common-sense perspective.  I have some ideas that might check those boxes.  With 25-plus years of event experience serving as my lens, here’s what I now propose:

As we throw the original 2020 NCAA recruiting calendar into the paper shredder, we need both short-term and long-term solutions that balances conflicting interests.

Solutions require acknowledging and understanding all the variables in any equation.  The NFHS and its proxies (state associations and HS coaches associations) appear desperate to continue HS off-season scholastic evaluation periods.  However, there are bigger problems at the moment than worrying about whether late summer/early fall scholastic live periods will exist.  Public school districts may not only NOT permit scholastic teams to travel to NCAA live period events for HS teams, there may not even be public HS teams to play on. Facing a projected $54 Billion deficit, California (like many states coast to coast) may limit or temporarily not have funding available for HS sports teams period. If that happens and becomes the norm for states nationwide, you can expect a mass exodus of top HS players to private schools or prep programs, causing more inequality than ever.

Additionally any temporary system responding to the challenges of recruiting in a Covid-19 environment should be tailored not only in ways that benefits and advantages elite basketball prospects and power conference college programs but also in a manner that is fair and equitable to ALL HS players that aspire for NCAA D1 scholarships as well as in a way that gives ALL D1 college programs an equal opportunity to recruit the type of players that fit the goals of their particular programs.

Having one summer window for travel teams may not be ideal but it’s better than nothing for all involved and might be the best possible scenario.  Most suitable venues for large live period travel team events are booked 6-12 months in advance because in most cases these type of venues are in great demand for both live and non-live events.  They also allow college coaches to watch a large group of prospects in one place and vary from 4 to 16 courts or more with some like the Anaheim Sports Center/CA (25 courts) and Spooky Nook/PA (36 courts) much larger than that.  We are just 2 months away from August and most live event organizers have probably not booked those type of venues for the month of August before since we haven’t seen an August live period in our lifetimes.  Finding suitable venues for only 1 travel team August live weekend appears to be more feasible for most event operators than multiple weekends that month.  One possible and best suited window (Wednesday August 5 – Sunday August 9) allows the shoe circuits (Nike EYBL, adidas 3SSB and UAA) to get their signature events done for 2021 as well as all the regional event activity you would expect as well.  Having a live travel team window earlier in August then later would also minimize potential conflicts with the potential start of school for most players.

In addition to the one travel team August event, I would like to see a 3 day (Friday August 14th after 5pm to Sunday August 16th ending no later than 4pm) recruiting weekend consisting of camps or showcases that would involve individuals not travel teams. These type of events can be held easily in 1, 2 or 3 court facilities and host up to 200+ prospects.  If the NCAA concluded that their own College Basketball Academy had recruiting value to HS players and their own college coaching members, they should have no objection to having a recruiting window with the same type of event format. Furthermore, these permitted events should be (like the NCAA College Basketball Academy) regional in scope and NOT sponsored by any shoe company or USA Basketball.  Not having the shoe sponsored circuits nor USA Basketball organize and direct these camps/showcases would discourage segregation based on shoe affiliation, minimize the concentration and exclusivity of elite basketball events which breed the type of activities that led to the FBI investigation and resulting Commission on College Basketball led by Condoleezza Rice and would inject much needed fairness and equal opportunity into at least one weekend in the NCAA recruiting calendar.

A second future 2020 travel team window could be the weekend of Friday September 25th (after 5pm) to Sunday September 27th (end by 4pm).

As I previously indicated in Part I of this piece, the September NCAA Live Period existed years ago and was a great time of the year for D1 coaches to evaluate prospects.  Two of the biggest benefits of having a September Live Period was it allowed players who under-performed or were hurt in July, another chance to redeem themselves directly in front of D1 coaches and an opportunity for D1 schools to more closely get a good look at HS underclassmen.  The bigger impact of a September 2020 live period now would be to compensate for the loss of this year’s April and July live periods.

I am both aware and sympathetic that the NFHS and several of their proxies are scrambling to be relevant in this Covid-19 environment.  I am actually in favor of this scholastic June format and was happy to see it implemented into the NCAA recruiting calendar in 2019.  I would like to see the NCAA take over the sanctioning of these events run by HS officials to allow them in EVERY state.  But if you sit at the table, you have to play the cards you’re dealt.  Considering all the mass confusion and mixed messages that schools and school districts (public and private) have expressed toward the opening of the next school year and the start of HS sports, there appears to be no path possible toward constructing a fair national scholastic non-regular season response to this pandemic.

A better way to address losing the 2 original live scholastic periods in June is to permit (but not limited to) the following:

* Additional D1 recruiting days or opportunities during the already scheduled September 9 – November 10 and November 15 – March 31 scholastic recruiting windows.  Those opportunities could consist of permitting additional face-to-face encounters with prospects during these recruiting periods at their high school locations and observation of them in practice settings, open gyms and both intraschool and interschool scrimmages and “jamborees” (subject of course to HS state association rules).  Additionally allowing 1 more additional coach or staff member (e.g. director of basketball operations or video coordinator) from a D1 college program to be on the road recruiting could also be a way to cover more recruiting ground.

* Postpone the originally scheduled November Early Signing Period on November 13-20 (for this year ONLY) to January 15-22.  This would not only balance out the current calendar due to the loss of April and July live periods earlier in the year, but it would also add additional value to recruiting in the scholastic setting by making high school regular season tourneys and events like the City of Palms Classic, Beach Ball Classic, Tarkanian Classic, Iolani Classic, Les Schwab Invitational, Thanksgiving Hoopfest in Dallas TX, Chicago Elite Classic and Cancer Research Classic even more relevant than they already are.

My recruiting calendar proposals and recommendations in response to the Covid-19 pandemic represent a common-sense approach that should be acceptable to all but the most entrenched, self-interested entities not concerned about anybody but their own fiefdoms. The key to success here is not to overthink the response to this crisis, not to be paralyzed by trying to accommodate the cacophony of voices who only care about themselves and not to get discouraged by the magnitude of the moment. The “one size fits all” approach has never truly achieved the goals of the NCAA with respect to fairness and equal opportunity in the basketball recruiting model.  However, a little NCAA and NABC common-sense that incorporates what is practicable and logistically feasible would go a long way in getting us closer to a short-term and long-term recruiting model that we can all live with.

***A note about the author of this article:  Dinos Trigonis has been the Editor-in-Chief and Publisher of both Nothing But Net Magazine and the Fullcourt Press web site and scouting service as well as an event operator, basketball coach and skills instructor since 1993.  Dinos played varsity basketball at Long Beach Wilson High School and is a graduate of Long Beach State (BA – Political Science) and Temple Law School (Juris Doctorate).  While at Temple Law School in Philadelphia, Trigonis founded and was the editor-in-chief of the Temple Political & Civil Rights Law Review.  As head coach of the Belmont Shore Basketball Club (based in Long Beach CA since 1993), Dinos has coached 217-plus players that have received NCAA Division I scholarships, 15 players that were chosen as McDonald’s All-Americans as well as 33 players that have reached the NBA.