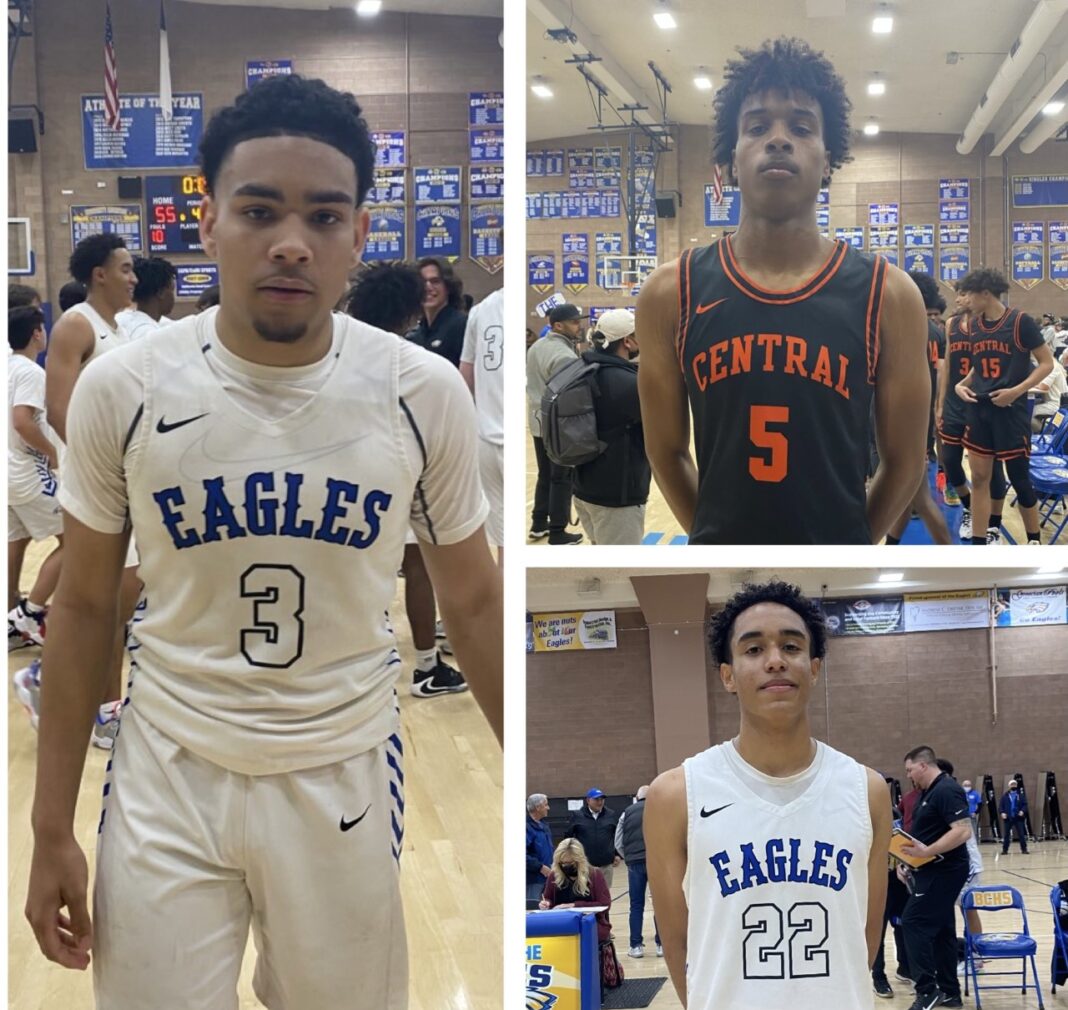 Bakersfield-On Thursday evening, the #1 seed Bakersfield Christian Eagles hosted the #3 seed Central Grizzlies of Fresno in the Central Section Boys Division 1 Championship Game. Due to the Covid pandemic and extending protocols and health measures, Section championship games for all divisions have been held at the higher seed’s home facility instead of the annual home for all Central Section boys and girls championship games, Selland Arena in Fresno, CA. The Eagles had already defeated two TRAC league schools, the Buchanan Bears and Clovis East Timberwolves, en route to the D1 championship game, but would need to take down a third TRAC school in the Central Grizzlies if they wanted to capture the Section Title. The Grizzlies, for their part, were eager to redeem themselves, after falling short last season in this same game to the Bullard Knights, who they defeated in the semifinals to get another shot at a championship ring. The Eagles had plenty of pressure on them, as they were in pursuit of their 3rd consecutive Section Championship and first in Division 1. The stage was set for a competitive game.

The game started off shaky, as both teams seemed to be pressing the issue and rushing some shots, but Central did get it going after a pair of buckets scored by senior guard Aaron Scruggs and ended the first quarter with a seven-point lead, 10-3. As indicated by the score, the Eagles could not buy a shot and were loose with the ball leading to turnovers and missed opportunities throughout the 1st quarter. However, the Eagles, led by improved movement and energy on the defensive end and the play of senior guard Erick Chaney, were able to even the game in the second quarter. Chaney drained a three, had a nice finish at the rim off the dribble, and connected on a smooth mid-range jumper to finish the first half with 11 of the team’s 17 points, as the Eagles were tied with the Grizzlies at 17. Despite a close game, both teams struggled to get any rhythm on the offensive end and shot poorly from the perimeter. The second half would have much more tempo, high energy from the crowd, and quality play from various players on both teams that led to a great finish.

The Eagles would come out of the locker room and do what they have done time and again throughout this season in the second half; play as a team and have big performances from their 1-2 punch in seniors Jackson Tucker and Erick Chaney. They quickly jumped out to a double-digit lead, as they were up 31-21 halfway through the third quarter, and Tucker started to attack the defense and use his skill and physicality to get to the basket and generate fouls. Chaney hit a three that led the Grizzlies to call a timeout to regroup and hopefully cool off the Eagles before things got out of hand. The Grizzlies senior forward Marques Green, who had been doing work on the glass all game long, started to heat up on offense, as he connected on back-to-back 3’s and pulled Central to within three at the end of the 3rd quarter, as the Eagles led 31-28.

As the fourth quarter got underway, the Eagles continued to push the tempo on offense, which was highlighted by an emphatic transition dunk by Tucker that got the home crowd out of their seats in a roar of celebration. Chaney continued to penetrate the defense, as he hit some tough jump shots and generated contact to get to the foul line, where he scored 10 of his game-high 28 points. Despite holding the lead, when the Eagles junior forward Charlie Stump fouled out, this created a mismatch opportunity for the Grizzlies, as Bakersfield Christian had no answer for Green, who scored 15 of his team-high 19 points in the latter part of the third quarter and fourth quarter. Green also had some nice drop-off passes to junior Henry Madden III for easy finishes at the rim, as well as timely shots made by junior guard LaDanian Streets. Despite the Grizzlies keeping the game in striking distance, Chaney and Tucker proved to be too much in the end, as the Eagles would come out victorious by a score of 55-49, and win the school’s first Division 1 Boys Section Championship.

The win by the Eagles would make this their 3rd consecutive Central Section Championship and their first Division 1 Championship. The previous two Section Championships were in Division 3, but this season the Eagles were able to appeal to the CIF to move up two divisions and compete in Division 1. The Grizzlies battled throughout the game but fell short in the championship game for a second consecutive season, as they struggled to score the ball from the perimeter.  Bakersfield Christian was led by Eric Chaney’s game-high 28 points and Jackosn Tucker’s 18 points and 9 rebounds. The Grizzlies were led by Marques Green’s 19 points and 11 rebounds, along with LaDanian Streets’ 12 points and Henry Madden’s 11 points. I had Chaney as Player of the Game, as he led all scorers in points and had some huge baskets in the 1st half that kept the Eagles in the game, and was clutch from the free-throw line all game hitting on 10 of his 12 attempts. Both teams will participate in the State Regional Playoffs, which will start next week, so there are games left for both but the Eagles would end Section play as Champs and one of the top 5 teams in the Central Section overall. 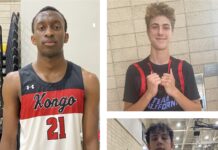 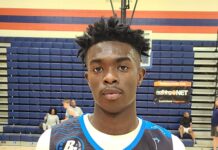