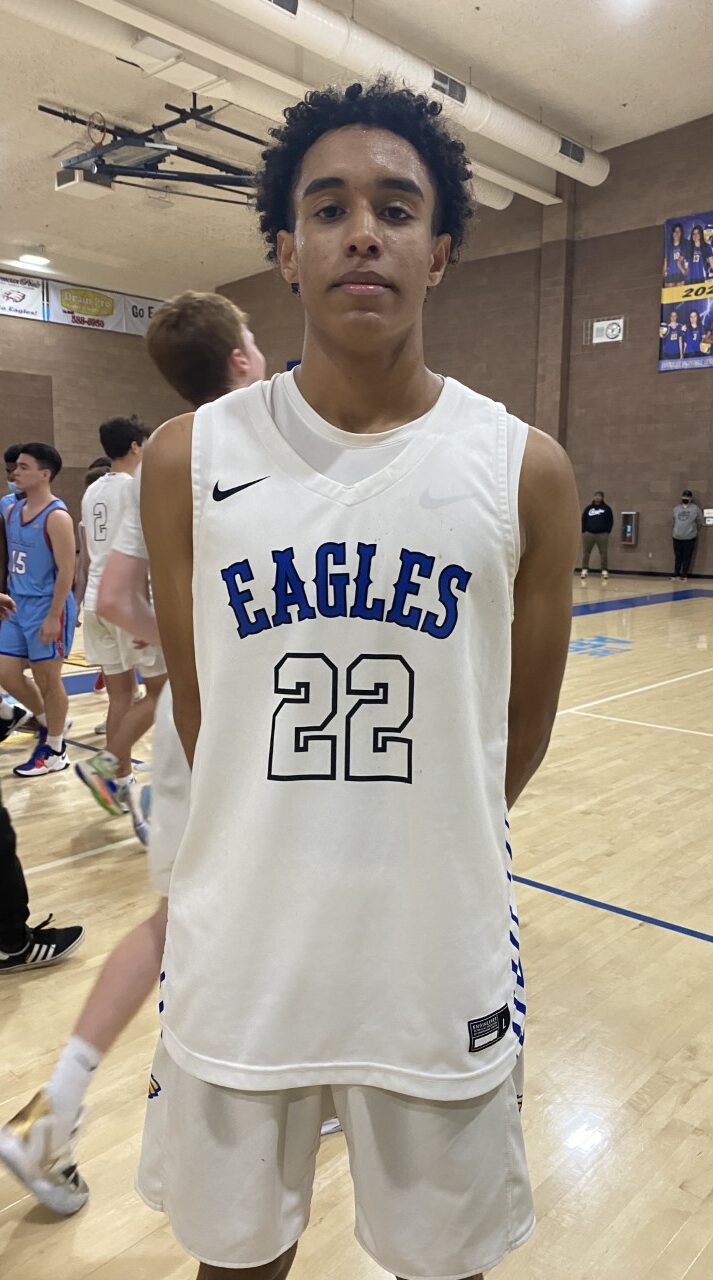 The Bakersfield Christian Eagles have started the season off with a bang, earning wins over the Hoove Patriots of Fresno (85-70) Friday night, the Buchanan Bears of Clovis (53-48) on Saturday, and the Central Grizzlies of Fresno (72-59) Monday night at their home gym. The Eagles have been led by standout senior Jackosn Tucker, who has come out to assert himself as one of the front runners for League and Area MVP. Tucker opened the season with a 31 point performance, which was followed by 24 and 31 in the next two games. He is scoring from all three levels and showing he has the skill and moves to create shots from various spots on the court. Tucker has not been the only senior that has been productive for the Eagles, as standout sharpshooter Erick Chaney has shown growth in his ability to create off the dribble and score effectively around the rim over bigger players. Chaney has scored 24, 14, and 26 points in the three games to start his senior campaign and looks ready to help lead the Eagles back to a Central Section Championship.

As impressive as the Eagles have looked in the early going, Coach Garrett Brown is missing a few players that are key contributors in junior forward Charlie Stump (out due to injury) and standout sophomore Bentley Waller (who is set to return shortly), and once they return that will add depth and production that will be needed, as the Eagles have one of the toughest schedules, if not the toughest, of any program in the Central Section. Senior Zach Hiebert has been a solid 3rd scoring option for Bakersfield Christian and has been shooting well from beyond the arc, with 12 points and 10 points the last 2 games. Obviously, it is very early, and the Eagles have some big tests coming up in the month of December, starting this Thursday, with a match-up against Central Section power San Joaquin Memorial Panthers of Fresno led by senior guard and Fresno State commit Joseph Hunter at the Clovis West Nike Invitational. However, it is great to see the players locked in early in the season and making a statement to the rest of the South Valley.

The Independence Falcons of Bakersfield and their senior standout guard, and fellow early front-runner for League and Area MVP Cameron Brown have started the season well with a big win over Hoover, as well as Roosevelt Rough Riders of Fresno (51-35). The Falcons did lose to Clovis West Golden Eagles (59-46), but again it is early in the season, and the Falcons play a great schedule. Independence will have plenty of opportunities to showcase their level of talent and depth, as Coach Richard Ross makes a run at a 2nd Central Section Championship in three years.

The Centennial Golden Hawks are another team that has opened up the season with a tough schedule, with games against San Joaquin Memorial, Clovis West, Taft of Woodland Hills, and a few others. Despite some tough losses the Hawks have depth, some size, skill, and once Coach Stephon Carter has his entire roster on the court, they are the front-runners in the Southwest Yosemite League. There are a few other teams that could pull an upset, but from what I have seen the first 3 weeks of the season the Eagles are the team to beat in the early going in the South Yosemite. 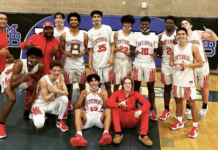 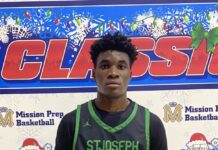 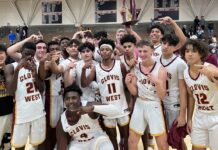 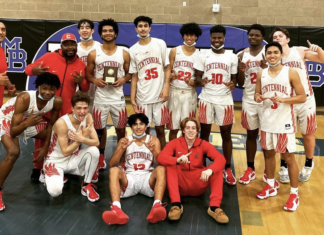